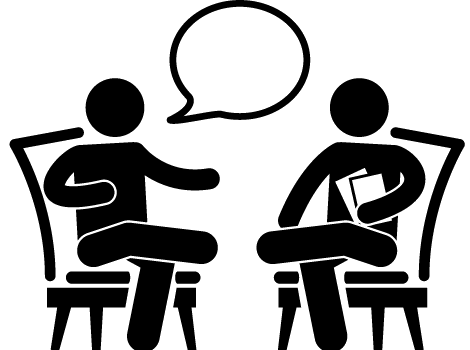 The difference between healthy and unhealthy confession

Confess: “Admit or state that one has committed a crime or is at fault in some way”

I have worked with many men who have experienced the awesome relief and peace that comes from confession of a terrible behavior, but then days, weeks or months later are once again confessing the same behavior. This confession may be to wives, counselors, pastors, support groups or accountability partners, but regardless of who, the outcome for is the same: reset the timer until the next relapse. As time passes, the emotional benefits of confession reduce, and I may begin to wonder if confession has any meaning at all.

On the other hand, I have also worked with men who have never confessed to anyone and the idea of sharing their terrible behavior is terrifying. They cannot imagine that such a painfully difficult action could ever be profitable. They certainly cannot imagine sharing with anyone other than God. All that is needed is God and me, right? But this too falls short as time goes by and the behaviors do not change. They suspect that there is a means to freedom but cannot bring themselves to believe that confession is part of that journey.

James 5:16
Therefore, confess your sins to one another, and pray for one another so that you may be healed. The effective prayer of a righteous man can accomplish much.

Let me be clear: confession is not optional. We are commanded to confess our sins to God and to each other. This is especially pertinent to the addict, for the Word of God says, “If we confess our sins He is faithful and just to forgive us our sins and to cleanse us from all unrighteousness” (1 John 1:9, emphasis added). This cleansing is not based on a private behavior or effort of the will, but rather is based on my confession. God puts the condition of forgiveness and cleansing upon the seemingly simple act of confession.

For the remainder of this essay, I will try to describe what Biblical confession, as described in 1 John 1:9 and James 5:16, is and how we may recognize it. First, allow me to make a simple statement that I will then fully explain:

Biblical confession is the result of godly sorrow and is always closely followed by repentance.

When I or another addict confesses, there is one primary motive: either Control or Sorrow. Sorrow may be further divided into two kinds: Godly and Worldly. When godly sorrow is the motive for confession, it will always result in Repentance that leads to my salvation: the ultimate victory over sin. Please join me as I look more closely at these powerful truths.

In my experience, every action has a primary motive. Note that I said “primary” not “sole”. There are always other motives residing within me when I make a decision. But only one is primary. It is the driving force behind my actions. The evidence of which motive is primary is best seen in the consistency of my behavior. In other words, it is not a single situation that reveals my motives but rather the consistency of my actions across many situations.

In regards to confession, I find that one of two primary motives can exist: Control or Sorrow.

Control: “The power to influence or direct people’s behavior or the course of events.”

Control-motivated confession is best described in the excerpt within our Tactics to Avoid Change:

Confession is often interpreted as an intention to be responsible. Nothing could be further from the truth. I think that reporting my violations makes them acceptable. This is clearly seen when I am appalled if someone expects me to face the consequences of a “confessed” violation. I may claim that I should be immune from all penalties for the harm I have caused because I was “honest”. However, the confession often is only a small part of the truth. I may “confess” small infractions to help conceal major infractions.

Sorrow: “A feeling of deep distress caused by loss, disappointment, or other misfortune suffered by oneself or others.”

Sorrow-motivated confession is the desire to admit my wrongs in an effort to restore and/or change my behavior. I believe what I have done is wrong and that these behaviors need to change. Confession is one of the steps on this journey of change.

2 Corinthians 7:10
For the sorrow that is according to the will of God produces a repentance without regret, leading to salvation, but the sorrow of the world produces death.

The Bible distinguishes between two kinds of sorrow that man may express: Godly and Worldly. The criteria used for examining each of these is based on the outcomes, which could not be more different: One results in repentance without regret, leading to salvation; the other, death.

A worldly or godless sorrow is based on the values of this world: the personal, social and legal ramifications of my behaviors. Right and wrong are determined by my ever-fluid personal perceptions, often based entirely on how I or others feel. My desire to change is determined by the seriousness of the consequences. If I believe I can change, the change I pursue is shallow, focused entirely on my outward behavior without consideration of the inward issues. I am accountable only for visible behavior because that is all others can see. The ultimate result of this pursuit is not stability or health but rather a continuous path of destruction, for I cannot actually change, only adjust, and my destructive nature continues.

A godly sorrow is based on the values God has revealed through the Bible and the Holy Spirit. These principles of right and wrong are written in the Word of God and explained by the Holy Spirit as I prayerfully seek to do what is right. I know God desires and performs my transformation (Romans 12:1-2), as such my focus is on the inward submission to God, which results in an outward change of behavior. The ultimate result of this pursuit is transformation of my heart, producing an entirely new man.

An example of Godly Sorrow

In verse 4, David writes, “Against You, You Only, I have sinned.” What an audacious statement! In this single line David demonstrated the difference between godly and worldly sorrow. He saw that his wrong was not against Bathsheba nor Uriah, but against God. For, outside of God, neither Bathsheba nor Uriah had any value. It was God’s value of Uriah and Bathsheba that David saw he had violated. He knew the nature of his wrong to be a violation of God’s laws, not man’s.

James 5:16 clearly commands that we confess to one another, and in 1 John 1:9, I am told that confession before God will result in forgiveness and cleansing. Where does repentance fit in? It is the natural response to godly sorrow. Repentance was the message of Jesus Christ (Matthew 4:17) and the challenge of John the Baptist (Matthew 3:8). It is a natural response when I see the true nature of my behavior and the power of God to change me.

Repentance is the visible portion of Godly sorrow that leads to confession. If an individual regularly confesses but does not demonstrate a change in behavior, it is not of God but of the world. This is often why we say “Believe long-term consistent behavior, not words”. Only God can know the heart of man, as such we are only capable of examining the fruit.

Just as faith without works is dead, so confession without change is dead.

Hebrews 6:1-2
Therefore leaving the elementary teaching about Christ, let us press on to maturity, not laying again a foundation of repentance from dead works and of faith toward God, of instruction about washings and laying on of hands, and the resurrection of the dead and eternal judgment.

As a Christian, I was never meant to be in a loop of “sin, repent, sin, repent”. God’s salvation through Jesus Christ is sufficient, and He is powerful to overcome any trial or temptation I face (1 Cor 10:13). In fact, Hebrews 6:1-2 refers to repentance from dead works and faith toward God as “elementary”. These foundational concepts are meant to be just the beginning of the splendor to be revealed to us through Jesus Christ.

If I desire to receive the promises of God for cleansing and healing, then I must confess my sins first before God, then before men. The evidence of the heart is seen in long-term behavior. As we often say, “If there is a problem in my relationship with God, it’s not God.” As God has offered it to me, He offers the same to you: victory over our sin nature and deeper revelation of truth than any could imagine.

And it all begins with confession.